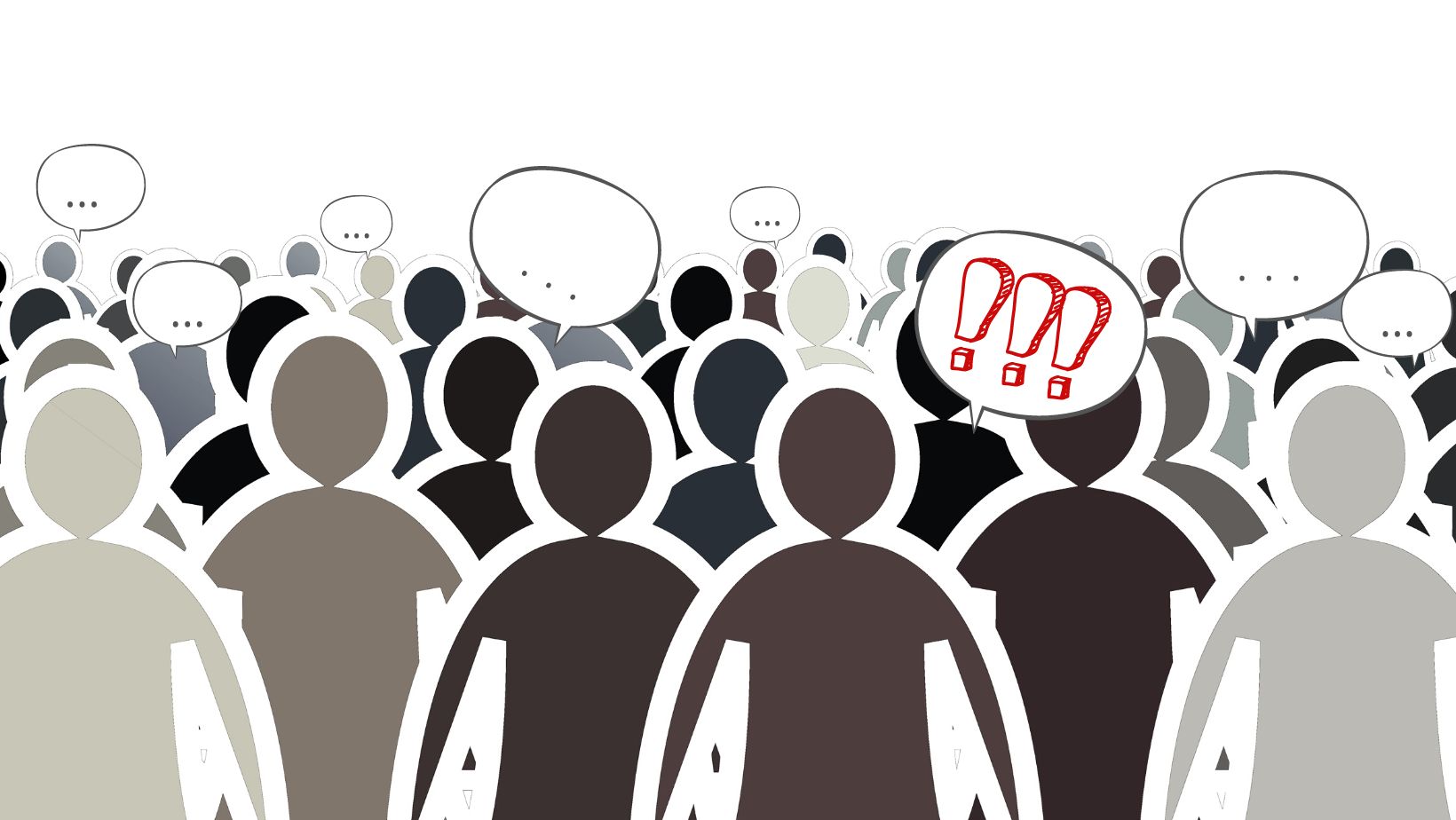 THE POWER OF COMMUNICATION. HOW TO SPEAK SO THAT WE ARE HEARD?

THE POWER OF COMMUNICATION. HOW TO SPEAK SO THAT WE ARE HEARD? – Why is it so important not only while learning the polish language? (Episode I)

How to speak so that we are heard? Why is effective communication so important not only when learning Polish?

The Polish Language School for Foreigners KLUB DIALOGU is a unique place where not only Polish lessons take place, but where we passionately share Polish tradition, culture, and lifestyle. We understand DIALOGUE as effective communication, full acceptance of the diversity of cultures, openness to exchanging thoughts, and the willingness to get to know each other. That’s why we like to talk so much 😊.

That’s all (and so much) about KLUB DIALOGU School. What does sociological research say?

Many sociological studies show that the effectiveness of our communication (i.e., whether we are heard and understood) depends largely on our origin (country, region, family, community) and cultural experiences.

Deborah Tannen is a professor of linguistics and author of many publications on interpersonal communication, which proves that competent people are not always listened to. It turns out that HOW something is said more important than WHAT is said.

Everything we want to say has to be said in the right way. Therefore, depending on the situation, we adjust the tone of the voice, its intensity, and even the speed of speech. Elements such as addressing the other person directly or indirectly, choice of words, a pause, and even the use of questions or apologies are important. These are cultural signals that not only communicate what we mean, but evaluate us as human beings.

For example, a discreet PAUSE. A pause that appears in a dialogue between two people. In each country, and even region of the same country, it is treated as ‘natural’ in a different way. In NY City, the long pause in speech is unbearable, so people keep talking until their interlocutor cuts in. Meanwhile, in Texas – only a longer pause allows the interlocutor to express his opinion. This slight difference in conversation style can have a huge impact on communication and how we will be judged.

When learning Polish (or any other foreign language), make sure that your style of expression is respected. People from all over the world apply for a group Polish language course, which is why it is so important to respect each other’s communication styles. Italians are said to speak loudly and quickly, which is why they dominate the rest of the group. The Japanese are withdrawn and don’t ‘cut people off’; because of this, they can avoid interactions.

Polish is difficult, and learning Polish as a foreign language can be exhausting, so a pleasant atmosphere during Polish lessons will be an advantage when we want to be heard.

‘Me’, ‘mine’, ‘ours’ – how to communicate effectively and emphasize your own value? Take this also into account when learning Polish

You probably heard often how the leader of your team brags about your joint project saying: ‘My project has received the recognition of the CEO!’.

Deborah Tannen’s research on the style of expression shows that it is mostly men who will use the words ‘me’, and ‘mine’, when it comes to teamwork, as opposed to women, who will judge even their own work as ‘our project’, expecting – sometimes unsuccessfully – that someone else will appreciate them. Ultimately, whoever fights for it and communicates loudly gains recognition and is heard.

You probably noticed that women are in majority in KLUB DIALOGU Polish Language School 😊. It just so happened, but thanks to this, we are a perfectly harmonious and a strong team, which together builds its values ​​and creates its identity. During Polish language courses, we try to praise our students a lot and encourage them to learn. This is important because although self-motivation is the key to success, the incentive of the teacher is the fuel that drives this motivation. Don’t forget to celebrate even those little successes. Talk about them. This naturally affects fantastic development, and learning Polish becomes an adventure and a pleasure!

Self-confidence is one of the main attributes that determine whether someone wants to listen to you. Especially in large corporations, it is this feature that determines whether the CEO (or another director) will decide on your case to be YES or NO. Your credibility and diligence is hidden precisely in self-confidence.

And again, the association with learning Polish comes to mind. If you do not know which grammatical form to use in a sentence, just be confident and the interlocutor will not even notice minor mistakes. They will be delighted that you speak Polish! Acceptance to make mistakes is one of the key values. It opens the mind to ‘learning from one’s own mistakes’, thus accelerating the process of learning Polish as a foreign language.

You can also practice during the Polish language lessons at KLUB DIALOGU School as much as you want. Be confident and learning Polish will bring the desired results! Check your language level, choose a Polish course for yourself and join us today!

Direct speech is an important part of effective communication. It is worth taking this into account when learning Polish

We all know that it is better to be clear about what we mean. Unfortunately, indirect speech is much more often used in communication between people. This is an element that distinguishes the culture of one country from another and can cause great confusion.

In Poland, you have probably encountered a direct form of giving orders, which could be offensive to you. A Polish boss will say: ‘The accountant needs help with the wage slips, help him tomorrow morning’.

On the other hand, the greatest value in Far Eastern culture is the ability to communicate whilst not speaking directly, in order to ‘not lose face’. For example, the Chinese are very sensitive to the so-called ‘loss of face’. It means that even trivial (from the point of view of a European) mishaps can be considered a total embarrassment. So we will not hear from a Chinese person that we are poor employees, that we speak Chinese or English poorly, or that we are doing something wrong. Any comments will always be articulated very politely, indirectly, like ‘maybe you could change the method’, ‘I think if you would do it this way, you would do it even better’.

Have you eaten today? – a Chinese person will often ask you. A European might perceive it as an invitation to lunch or dinner. However, it’s just like our ‘how are you today?’. We should not answer this question in the negative, because it is not about whether we have actually already eaten today. The Chinese explain this by the poverty that prevailed in China in the past and in which time this greeting was born. It had a literal meaning at the time, but today it is just a simple greeting.

Conclusion: Both direct and indirect speech can be effective forms of communication as long as the chosen style is understood equally by both parties.

Working in such a diverse environment as the Polish Language School for Foreigners KLUB DIALOGU, we must constantly observe and learn the communication styles presented by our students. This is an extremely important cultural aspect that affects whether students will be willing to learn Polish or not. Learning Polish as a foreign language requires a direct form, especially at lower levels. A student with a limited vocabulary is also forced to use direct phrases, even if they may sound rude (for example in a shop: ‘give milk’). Do not give up. Practice is the most important thing!

The Polish language course guarantees that the student will learn a lot about Polish culture, the communication styles used (e.g. formal and informal), colloquial speech, what is allowed and what is considered rude. Talking to other students is also learning Polish, which broadens your horizons.

Conclusion: How to speak so that we are listened to and why is it so important not only when learning Polish?

So what is the most effective way to communicate in order to be heard and understood (also in a foreign language, for example, in Polish)?

There is no one answer.

Effective communication is not just about saying what we mean. HOW we say it is important. And the style of communication (how we speak and listen) differs significantly between people. It is influenced by many factors, such as: the situation in which we found ourselves, culture (country, work), subordination in an organisation, cultural experiences, or who we talk to. Therefore, we can easily get into trouble when we want to interpret someone else’s statement through our prism.

When learning Polish as a foreign language, many misunderstandings can arise. It is important to talk about them. This is one of the reasons why Polish language lessons at KLUB DIALOGU School are available. The huge variety of students from all over the world (from America to Japan) means that we can learn from each other. It is worth having courage, asking, making mistakes, communicating, looking at your strengths and using them.

Each Polish language course is a unique adventure that we undertake together with our students.